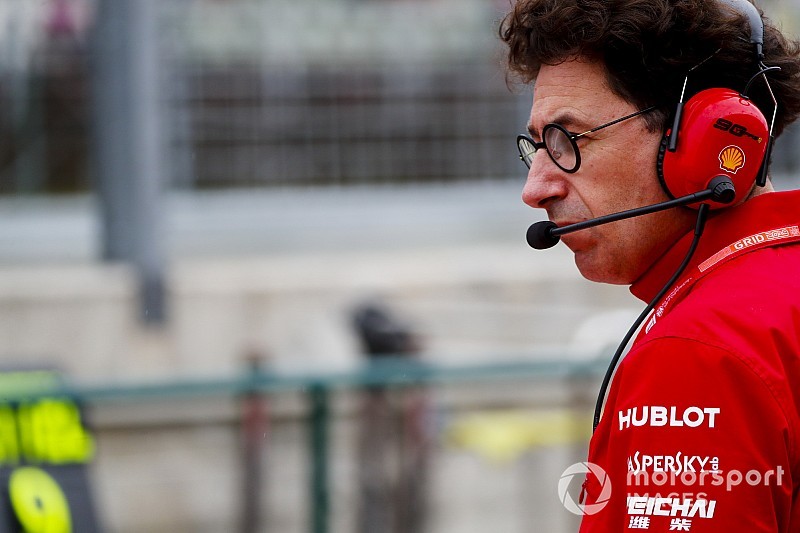 A short circuit within the control systems of Charles Leclerc’s engine denied the Monegasque and Ferrari what would’ve been a breakthrough first win of the season in Bahrain, and both Leclerc and teammate Sebastian Vettel have since suffered costly failures in qualifying.

The latest such occurrence in Germany prompted Binotto to say that Ferrari would need to review its “internal processes” – but though some suggested that Binotto’s promotion from tech chief to team principal in the off-season will have weakened Ferrari’s technical department, the Italian is convinced him vacating his former role has not contributed to any reliability dramas.

“I don’t think that’s the cause – even if I do not have an answer at the moment, to be honest. It’s true that many problems occurred which should not,” Binotto told Motorsport.com.

“I don’t think anything has changed compared to the last year or the year before, it’s true as well that we have never been too strong on the reliability in the past seasons, so it’s something that should be, in terms of overall approach to the development, addressed. It’s something on which we are all raised on back in the factory.

“Sometimes it’s only a matter of priority, a priority on developments on reliability, depends on where you are in position [in the championship]. But as well, you don’t fix reliability by only fixing the problems you got, you fix reliability by having the right approach to the reliability, and that’s something which at the moment we are brainstorming.”

Under Binotto, Ferrari has designated several staff members as those responsible for various areas like “the chassis, power unit [and] supply chain”.

The returning Simone Resta – having been re-signed from Alfa Romeo as Ferrari’s new head of chassis engineering – will be among these people, who were described by Binotto as “the main pillars of our organisation”.

In addition to reliability problems, Ferrari has not found improving the SF90 to be straightforward, with its French Grand Prix update in particular proving to be a head-scratcher.

“We brought a floor that didn’t work as expected, I think that since then we understand the reason, and somehow helped us now in being more accurate when delivering parts to the racetrack, and that’s part of, let me say, the entire know-how of the team,” Binotto said.

“Often I’ve said that we are still young as a team, because here people [have had] little time in the new role, and the know-how is something you build through the season, through the time, through the years.

“So that’s why I’m very happy when problems may happen and we are addressing them – obviously in the meantime you are missing opportunities of performance, but I think the car is progressing, which is showing that the team is capable of delivering.

“I think that’s why we need to stay calm, be focused and passionate, because it’s only by staying passionate and looking at the future that eventually, in the mid-to-long-term, if you’ve done the right investments, you will be competitive.”