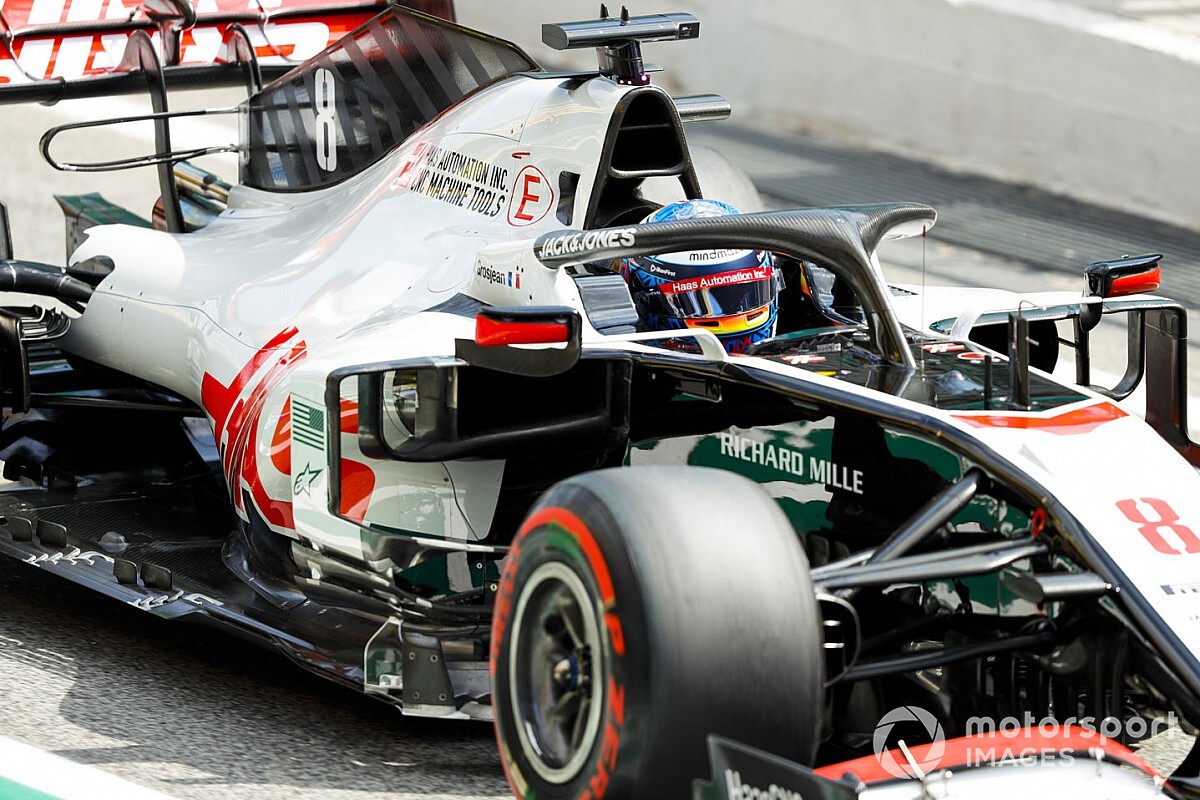 Last year, Grosjean and his teammate Kevin Magnussen both finished in the points in the Spanish GP, but Friday’s speed came as a surprise even to his team, given that it has not added any developments to the car in recent weeks. Magnussen was ninth in the morning session, but slipped back to 16th in the afternoon after not getting in a good run on low fuel.

“Is it real? Pinch me!” quipped Grosjean when asked for an explanation for his speed. “I don’t know, and in all fairness, no-one really knows. It’s the same car since the beginning of the year. We’ve made some good set-up work into Silverstone, but it was power sensitive. Here it’s maybe a little bit less.

“Sixth in FP1, fifth in FP2. The long run pace was pretty good. We’re really happy with that, I think there was some more work we can do on the car to bring it even more to my liking. Today, what a day.”

Regarding the red-hot weather conditions, he said: “It is very hot. I mean, I changed three pairs of underwear today, just because of the sweat. So luckily, I’ve got some spare ones here at the track.

Asked how the car felt, he added: “I think it’s getting better and better, especially around the hard tyre at the beginning of FP2. And then on soft I gained 2.5 seconds. Obviously it’s never going to be a perfect lap, because you can gain so much. Two corners that I want us to look at and to work on, and then we should be able to hopefully fight for a good position.

“I hope nothing changes, I hope all stays the same, and tomorrow we can go for a good quali, and that would definitely set up a good weekend. You should take the day as it comes, you do the best you can.

“Today was absolutely mega, I hope tomorrow and Sunday are as well.”

Team boss Gunther Steiner said he wanted to “stay grounded,” and admitted that Grosjean’s pace was a surprise.

“We need to stay calm,” he said. “It was a good day for sure, the best Friday this year for us. I want to stay grounded. But obviously it’s encouraging, but we need to understand where it comes from.

“Straight away out of the box it worked, we were competitive it looks like, but we still need to get a bit more understanding, and bring Kevin also up to the speed of Romain for tomorrow and Sunday.

“We were always I’d say more hoping than thinking that at tracks like this which are less engine power sensitive that we would have a better chance. Normally in Barcelona we are pretty competitive, and if you go back to testing at the beginning of the year, when I was cautiously optimistic, because it was Barcelona, and we always seem to be in a good place here.

“I don’t really know why that it is, and obviously after the tough weekend before coming here, we were a little bit surprised by the pace.”