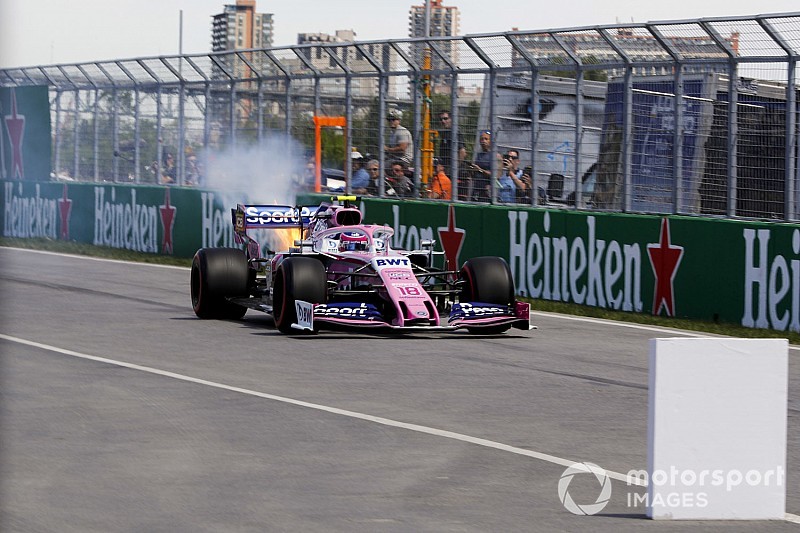 All six Mercedes-equipped cars took the latest Phase 2 power unit at the start of the weekend in Montreal, including a new V6, turbo and MGU-H.

Stroll’s Racing Point suffered a failure early in FP3, inevitably leading to some concerns about the remaining examples.

However, there were no further issues over the course of the weekend.

Following an investigation at HPP in Brixworth, Mercedes is satisfied that it has traced the cause, and the company believes that it has been able to address it for the French GP.

“The origin was a spark plug failure that caused a cascade of other problems, resulting in the engine failure,” a spokesman told Motorsport.com. “We will have countermeasures in place for this weekend.”

Spark plug issues are rare in F1, although Lewis Hamilton was stopped by one early in the very first race of the hybrid era in Melbourne in 2014. However, Mercedes says that there is no link between the two failures.

Stroll had to switch back to his original Phase 1 engine for qualifying and the race in Montreal, which still had mileage on it, but which inevitably cost him some performance.

Although a spare Phase 2 was available on site, it was not allocated to any of the three teams, and in the short gap before qualifying it would have taken too long to customise its systems for use by Racing Point.

Stroll is likely to use a new Phase 2 in France. He will only face grid penalties if he takes a third MGU-K, having used his second of the season on Saturday in Canada.