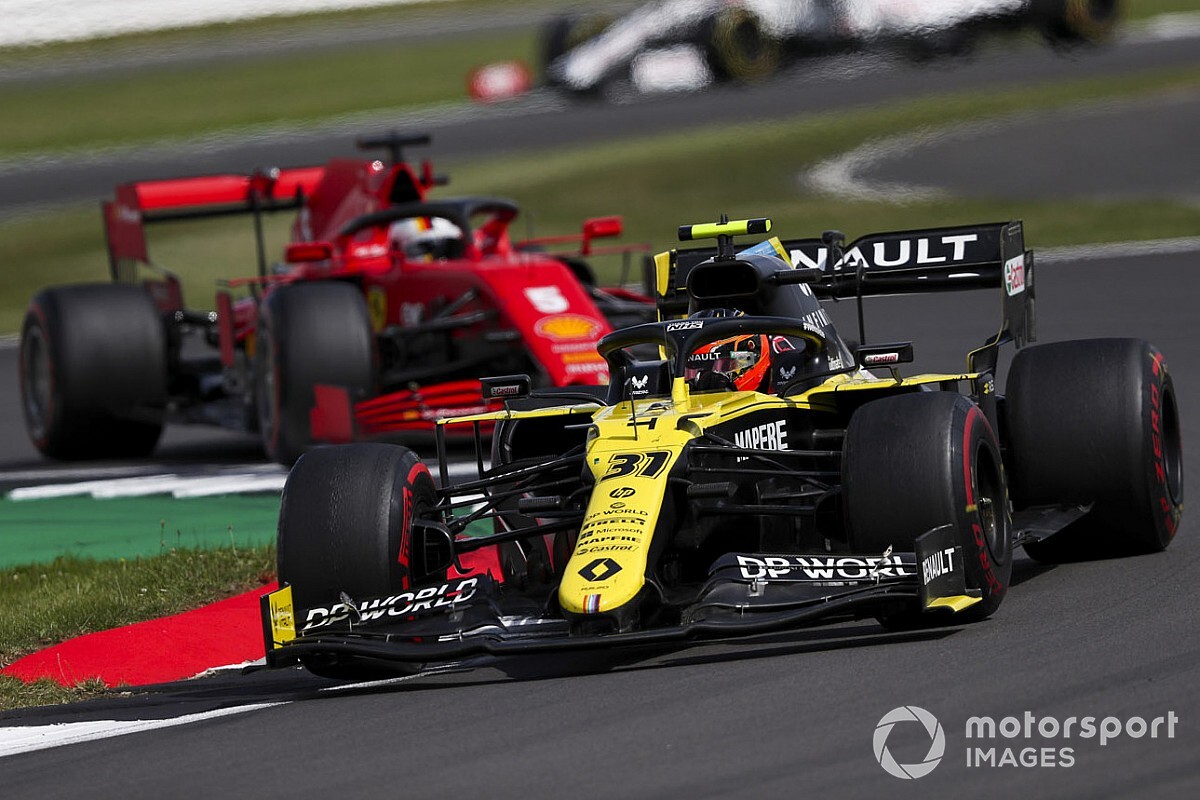 The ambitions of Ford in the 1960s, when the American company built the Ford GT40 to take on and eventually beat the then dominant Ferrari team at Le Mans, was recently turned into a successful Hollywood film featuring Matt Damon and Christian Bale.

De Meo took over the running of the French car manufacturer in July, and has wasted little time in unleashing his vision – which includes a renaming of the Renault F1 team as Alpine in a bid to build up the small French sportscar brand.

With a clear enthusiasm for F1 which has ended any doubt about Renault’s commitment to grand prix racing, team principal Abiteboul says that the outfit has received a huge boost from the new spirit coming from its CEO.

“And frankly, even if he is not going to interfere on a day-to-day basis, it’s a game changer for me to know that I have someone in the back expecting that the team delivers, which is absolutely fundamental, but who is also here to help at any point in time.

“For me, if I draw a little bit of a comparison, it’s like the movie Ford v Ferrari. For me he is approaching it not purely as a business, but also with the emotion and the determination that Ford had in the past when they decided they wanted to beat Ferrari.”

Although Renault is currently sixth in the constructors’ championship, it remains locked in a very close fight with a number of teams for the best of the rest spot behind Mercedes and Red Bull.

But despite the clear progress the team has made, with the outfit challenging for podium finishes this season, Abiteboul still is not satisfied with where things are at right now.

“It is a sport where only the result of laptime and ultimately the championship matters,” he said. “And in that, it is still not that not good enough. But if there are some good sign of progress that is good.

“I think we had a few years back some good progression, and I think that progression sort of stopped, due to what was probably at the time a wrong aerodynamic concept of the car.

“So we made the decision to go for quite a different aerodynamic concept, which is always a risk, in particular for an organization size like ours. But actually we’ve been able to not only to recover what you lose in changing concept but also progressing. And we see that it’s working.

“We’ve had good upgrades, good development in the winter, good upgrades at the start of the season. And there is a bit more to come

“What we see is that the team is starting really to work better together with all the changes that have happened, and we have a better understanding of the car.

“But the reality is that I think we are still unable to extract all the potential of the car and the team.

“We have failed to score what we should be scoring and therefore to be where we would like to be, so I’d prefer to focus on the negative rather than on the positive in a field that is so competitive.”