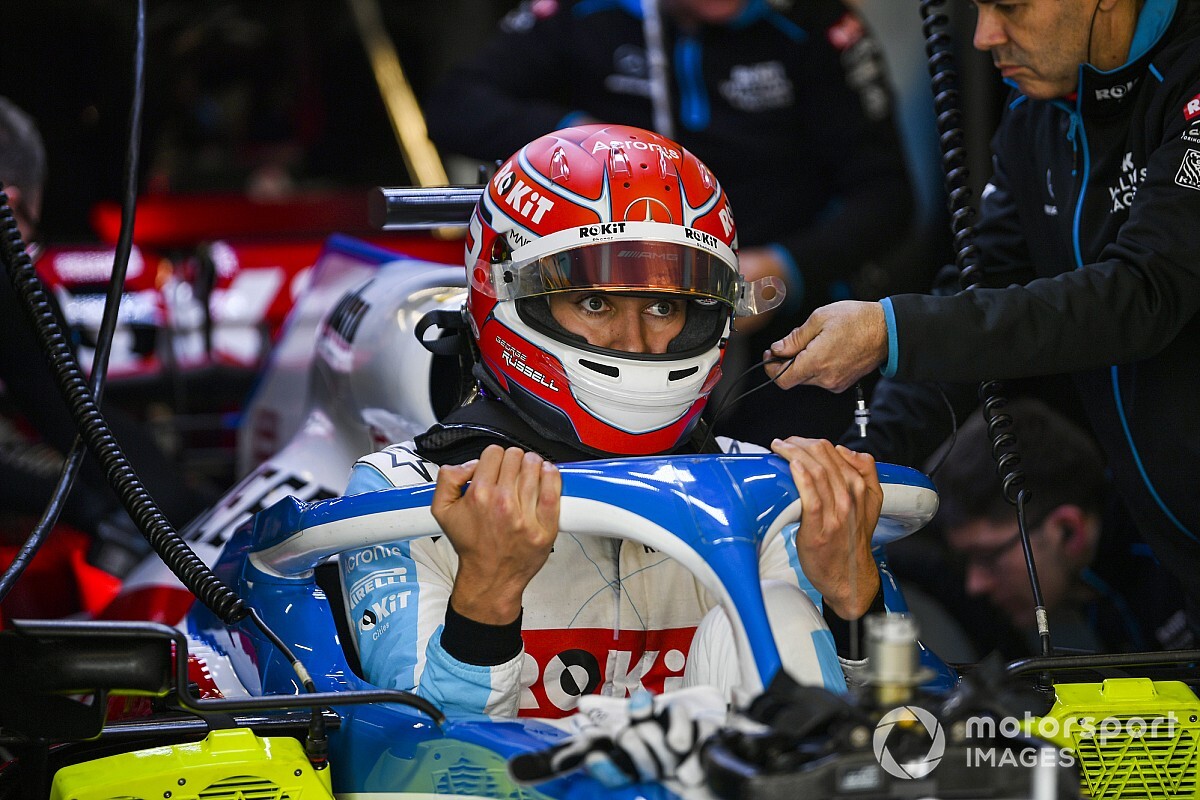 The opening 10 races of the season were called off as a result of the COVID-19 pandemic, but plans are in place to stage two races behind closed doors at the Red Bull Ring in Austria on 5 and 12 July.

It will mark the first F1 race in over seven months, only interrupted by six days of winter testing in February, with many drivers believing it will take time for them to get up to speed once the season begins.

While there are no plans for any official F1 testing before the season begins, Williams driver Russell is hoping to complete some private running to help him shake off any rust that has built up in recent months.

“That’s something I’ll really be trying to do,” Russell said on Sky Sports F1.

“I think realistically karting will be the first opportunity I get. As soon as I can, I’ll be karting.

“But ultimately I want to try and jump in a Formula 1 car before we go back racing again. So whether that’s in a Williams or in a Mercedes, we have to wait and see, just to get some laps under our belt.

“But it may even be in a Formula 3 or Formula 2 car as well. Anything that’s got four wheels and can go around a race track I think will be better than nothing.”

F1 teams are prevented from testing cars made in the last two years, meaning drivers would be free to privately run in 2018-spec F1 models.

Some drivers have already completed some karting as lockdown measures ease in their respective countries, including Kevin Magnussen and Pierre Gasly.

While Russell is yet to return to the track, he has recently upgraded his simulator equipment at home in order to help him keep sharp during the break.

“Unlike other sports, you can’t have a race circuit with a Formula 1 in your back garden. It’s not like a footballer who can just go out and kick a football and do their own training,” Russell said.

“It’s very difficult. I’m doing everything I can in the gym I’ve got here, cardio-wise either running or cycling. And also from a mental standpoint, doing things like learning to juggle or just trying to keep my mind occupied and stay on the ball as much as I can.

“I’ve recently invested in a more top quality simulator equipment and started not only to do it for fun, but to start training on there, thinking this is the closest thing I’ve got to reality and I need to stay sharp and be ready for whenever we go back.”