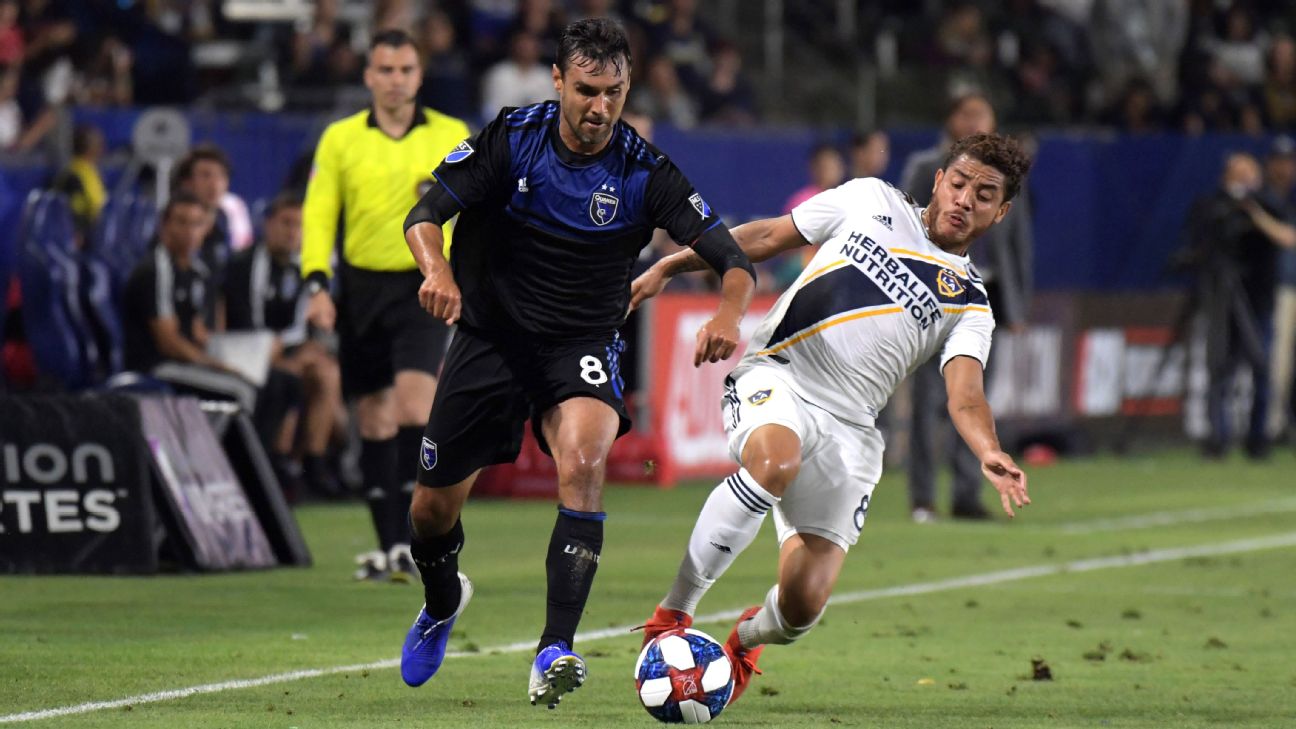 Valeri Qazaishvili and Danny Hoesen scored goals three minutes apart in the second half as the visiting San Jose Earthquakes dominated the run of play and rallied for a 3-1 California Clasico victory over the LA Galaxy.

Jackson Yueill added the finishing touch with a goal in the 85th minute as San Jose won for the fourth time in their last five games and improved to 6-1-2 going back to May 18. The Earthquakes took 32 shots (16 on target), while the Galaxy had just five shots (one on target).

Rolf Feltscher scored a goal for the Galaxy, who have lost two of their last three games, with both defeats coming against the Earthquakes in a span of 14 days.

Despite a relentless attack, San Jose could not find the finishing touch until Qazaishvili closed in on the Galaxy defense in the 61st minute. The midfielder fired a right-footed shot from outside the penalty area to the bottom left corner of the goal and past Galaxy goalkeeper David Bingham for his fifth goal of the season.

Qazaishvili was back at it again in the 64th minute, working his way inside the Galaxy penalty area before dropping back a left-footed pass to Hoesen, who had just entered the game in the 62nd minute for striker Chris Wondolowski. Hoesen made a one-time right-footed strike that caught Bingham flat-footed for his fifth goal of the season.

Feltscher gave the Galaxy a 1-0 lead 101 seconds into the game off a corner kick from Jonathan dos Santos as both players were returning to the Galaxy from international duty. Feltscher, who scored his first goal, was playing in his first game since spending time with Venezuela in Copa America play, while dos Santos helped lead Mexico to the Gold Cup title.

Galaxy striker Zlatan Ibrahimovic, second in MLS with 13 goals, did not take a shot in the game, earning a yellow card for unsporting behavior in the 89th minute. LA fell to 10-1 when scoring the first goal of a game.

Has VAR helped Real Madrid in title race? Barca seem to think so

Mourinho 'disturbed' and 'destroyed' after loss

Why Dortmund's Haaland shouldn't rush his next big move

UEFA to make July 9 decision on fans at UCL
TRENDING
Nothing to see here.