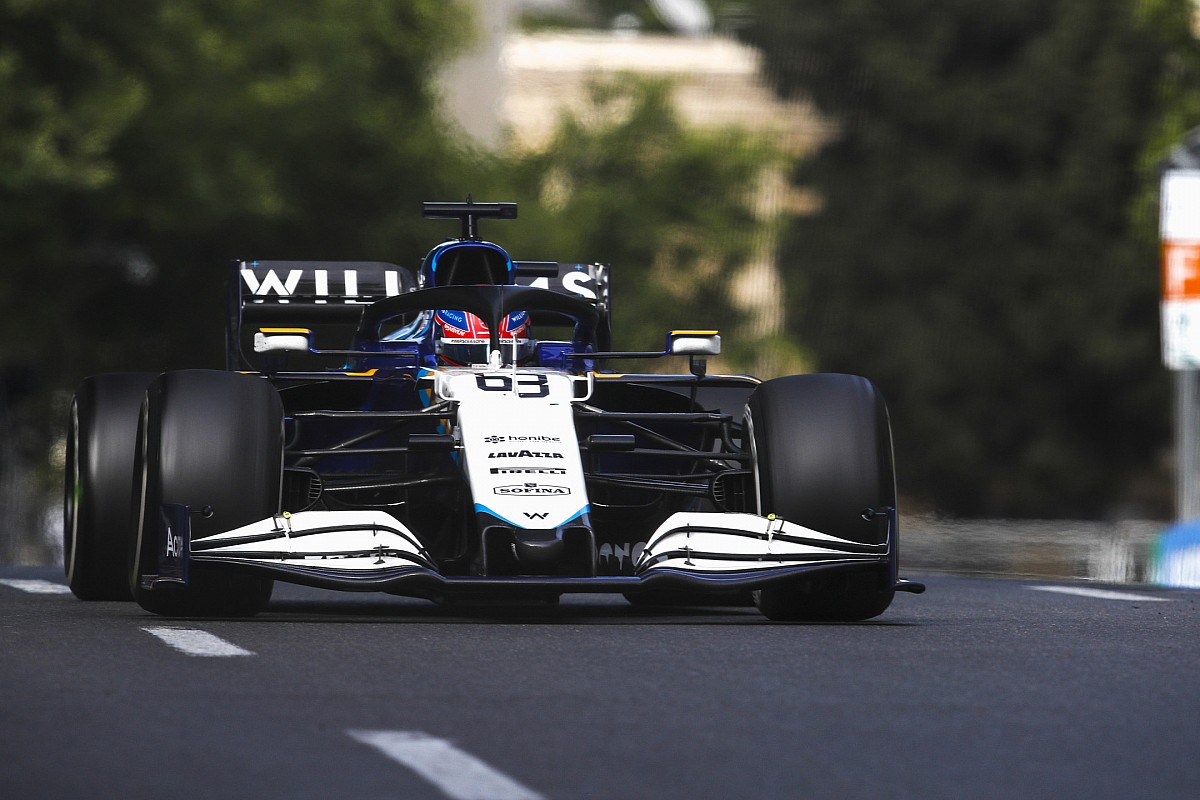 Williams entered the 2021 season looking to continue the progress it showed last year with the updated FW43 car, while also pushing more and more resources to the new car designs planned for 2022.

The team said last month that it was in the “final throes” of developing its car for this year as it battles with Haas to avoid finishing last in the standings.

One of the big weaknesses drivers George Russell and Nicholas Latifi have felt with the FW43B car is its wind sensitivity, which proved a particular problem at the Bahrain season-opener.

High winds were also experienced at times across last weekend’s Azerbaijan Grand Prix in Baku – which is nicknamed the ‘City of Winds’ – but Williams sought to remedy this by tweaking the design of the bargeboards on the car.

Williams head of vehicle performance Dave Robson explained that the ‘tunnelling’ nature of the Baku street track meant the winds were not as severe as expected, meaning the upcoming races at Paul Ricard and Silverstone would be more suitable to judge the changes.

“I think the sheltering does help, because you end up with more of a Monaco-style tunnelling of the air rather than the big crosswind gusts that you get at Silverstone, for example,” Robson explained.

“I guess we’ll find out more at Paul Ricard, where it will likely be windy up there.

“There are some changes on George’s car [in Baku], around the bargeboard area, which is designed to hopefully improve that side of the car.

“But to be honest, we weren’t really able to evaluate how well it was working in that regard on Friday.

“So, I think the big test will be the next three or four events I guess.”

Williams was forced to switch back to a previous specification of Russell’s power unit after an issue on his car in FP3, but the more recent engine is expected to be reusable.

Russell was nevertheless able to make it through to Q2 in Baku, qualifying 15th, with Robson explaining that there was not much performance lost by going back to an older engine.

“You’re allowed to do so little with the power units, it’s essentially just a new version of the same thing, more or less.

“The degradation on these power units is impressively small these days. It’s not like the old days where there was clear degradation.

“It would have cost him a little bit, just by virtue of being a bit older. But actually, not too much to be honest – not enough to have made any places, that’s for sure.”

Mercedes was "absolutely desperate" to perform in British GP

Wolff: Hamilton is the opposite of a dirty F1 driver